It’s not just the rampant divisiveness caused by his actions and inactions. 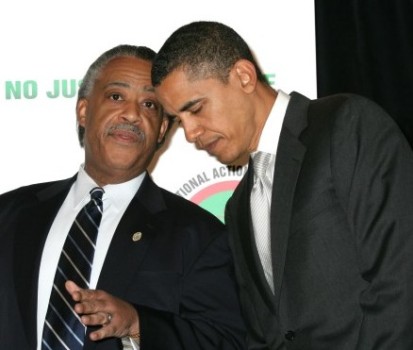 But won’t it be great if President Trump (a white man, accused of racism, by the Left) is the one to end the rampant shooting violence in Chicago?!?  (Especially since former President Obama’s continual fanning the flames of racism.)

Won’t that make it clear to all, that the Left was also part of the problem – keeping the race-baiting-liberals in power – yes’ that includes Rahm and Barack, and the Democratic Administration of Baltimore … the leftists in the so-called Women’s march last weekend, the former Attorney Generals, Loretta Lynch as well as Eric Holder …. etc.?

Tonight, on the O’Reilly Factor, Bill pointed out that there have been 42 homicides in Chicago – already this year! That’s up 24%, even from last year. There have been 228 shootings this year, as well!

Bill went on to ask Horace Cooper (from the NATIONAL CENTER FOR PUBLIC POLICY RESEARCH — an attorney that specializes in Federal Law) — can President Trump can end the violence and if so, “how?”

His answer is encouraging . . . . If you want more, tune in O’Reilly’s show. It repeats on Fox News again tonight.

Watching closely, working to understand all I may, in this "Age of Information", even from my limited view, I can see much of what's going on ..... and I oft see it's going to impact all of us which is why I share it. My focus is to expose evil, and to serve my Lord and savior Jesus in whatever way He shows me. If one waits long enough, better writers will come along and comment; it's just that I have so little patience with the evil that lurks among us and I've wasted so much time and now, there is so little left! WELCOME!
View all posts by josiahe →
This entry was posted in Pigs, Politics, Uncategorized and tagged Attorney General, Chicago, CHICAGO SHOOTINGS, Cooper, Holder, Lynch, NAT'L CENTER FOR PUBLIC POLICY RESEARCH, Obama, race-baiters, racism, Trump. Bookmark the permalink.