CNN, squarely in the deep pockets of its leftist viewers and sponsors … as well as those so invested in Feminism … their commentators and so-called ‘Fact Checkers’ regarding the Republican debate last night, made a  major attempt to keep voters from the truth of the CMP videos.

It failed; it fell totally flat!  Carly presented the truth powerfully, challenging our baby-killer president Obama and Hillary to deny the truth after watching one of the now 10 videos. Hopefully, it will continue to be exposed but certainly it won’t be, by the Feminists, nor the biased liars at CNN. 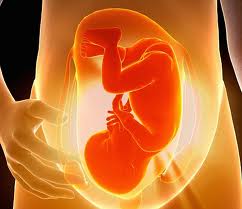 heckers’ there,  lied  regarding the claim about the outcome / result of one specific abortion.

Truth is, a fully formed fetus was alive-and- kicking after the ‘procedure‘ and the abortionists did explain they were going to cut the alive BABY’S face off, . . . so they could  harvest the brain!

I didn’t save that particular link, but if you want to view the awful violence of abortion, go here.  It must end now …

These barbarians must be held accountable and prosecuted … just like at Nuremburg!

Watching closely, working to understand all I may, in this "Age of Information", even from my limited view, I can see much of what's going on ..... and I oft see it's going to impact all of us which is why I share it. My focus is to expose evil, and to serve my Lord and savior Jesus in whatever way He shows me. If one waits long enough, better writers will come along and comment; it's just that I have so little patience with the evil that lurks among us and I've wasted so much time and now, there is so little left! WELCOME!
View all posts by josiahe →
This entry was posted in a href="http://www.startranking.com">search engine submission, ABORTION and tagged ABORTION, baby, baby-killer, body parts, CMP, CNN, debate, fact checkers, fetus, Obama, Planned Parenthood, Republican. Bookmark the permalink.