THE POLITICAL PLAN OF THE CONTROLLING ELITE

Professor Tyler, stated “A democracy is always temporary in nature; it simply cannot exist as a permanent form of government.”

I believe, he was extrapolating on Alex de Tocqueville’s 1831 treatise … but in 1887, as a professor, at the University of Edinburgh Scotland, he compared, America’s predicted future, to the fall of the Athenian Republic some 2,000 years prior.

“A democracy will continue to exist up until the time that voters discover that they can vote themselves generous gifts from the public treasury.  From that moment on, the majority always votes for the candidates who promise the most benefits from the public treasury, with the result that every democracy will finally collapse over loose fiscal policy, (which is) always followed by a dictatorship.”

“The average age of the world’s greatest civilizations from the beginning of history, has been about 200 years.  These nations always progressed through the following sequence:

America’s founding fathers, having seen this historical pattern of nations spiraling into repression / bondage, they refused to descend into serfdom or slavery again and fired the shot heard round the world.

Doing so, they inspired other peoples to seek freedom.  Our forefathers built “checks and balances” into our system attempting to thwart this predicted pattern.  At this point in time, it’s (y)our call as to whether they were successful or not – – – 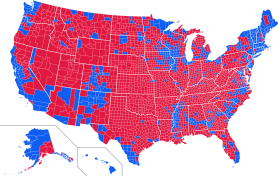 Note: citizens in these areas have evolved to living off various forms of government welfare … which has been part of the elitist’s Master Plan – to create dependence . . . to “Pack and Stack” voters into cities where they can be more “controlled or influenced” by media … where immorality and vice flourishes, where liberty and freedoms are taken for granted.  It follows then, that liberty can more easily squashed.

Professor Olson believes the United States is now somewhere between the “complacency and apathy” phase of Professor Tyler’s definition of Democracy, with some 40% of the nation’s population already having reached the “dependency” phase … dependence on government who has now been “bought and sold” by those seeking to control.

Societies thrive when held together by the foundation of law; societies collapse when lawlessness becomes commonplace.

Holder and Obama’s divisive lawlessness sought control and in doing so, they brought violence, as we’ve seen in Ferguson, Baltimore and Chicago.  They also brought in the  legalization and use of previously illicit drugs (another sure sign of our eminent collapse); meanwhile, Obama continues to shred our Constitution.

We have no alternative; Obama must now be impeached before the academics mentioned above are correct; our enemies await and prepare … within and outside the gates!

Watching closely, working to understand all I may, in this "Age of Information", even from my limited view, I can see much of what's going on ..... and I oft see it's going to impact all of us which is why I share it. My focus is to expose evil, and to serve my Lord and savior Jesus in whatever way He shows me. If one waits long enough, better writers will come along and comment; it's just that I have so little patience with the evil that lurks among us and I've wasted so much time and now, there is so little left! WELCOME!
View all posts by josiahe →
This entry was posted in Politics and tagged Agenda 21, Checks and Balances, constitution, Democracy, elite, Freedom, gun control, Obama, Politics, repression, Tocqueville, Tyler. Bookmark the permalink.