UPDATE: A photographic report of the confrontation . . .

Imagine a Commander-In-Chief who immediately sent emissaries  to Ferguson … to Baltimore . . . don’t forget his comment re: Trayvon … how he would look like his son . . . and his all-too-impulsive comment on the Cambridge, Mass., Police, right before his “Beer Summit” …

Imagine his releasing convicts, setting policies to not even arrest nor deport other non-white criminal types (a typical Communist tactic in… nations they’re in the process of “overthrowing” . . .) 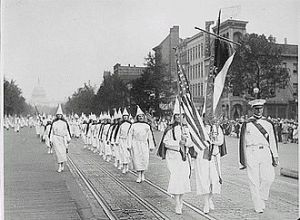 Imagine . . . if you will, his elation when he finds that the KKK and the New Black Panther Party are gathering (at the same time) on South Carolina State grounds . . .

Does it make you wonder how many undercover, provocateur FBI agents will be within those groups . . . in a 1970’s style reminiscent of Kent State . . . think it could turn out to be another massacre?

You think maybe this man possibly has a divisive fixation on race?

The story; is it for real?

And, oh yea; is he still refusing to personally call the Steinle family?

Watching closely, working to understand all I may, in this "Age of Information", even from my limited view, I can see much of what's going on ..... and I oft see it's going to impact all of us which is why I share it. My focus is to expose evil, and to serve my Lord and savior Jesus in whatever way He shows me. If one waits long enough, better writers will come along and comment; it's just that I have so little patience with the evil that lurks among us and I've wasted so much time and now, there is so little left! WELCOME!
View all posts by josiahe →
This entry was posted in a href="http://www.startranking.com">search engine submission, Politics, Racism and tagged Baltimore, Ferguson, Freddie Gray, KKK, New Black Panther Party, Obama, racism, riots, Trayvon, Watts. Bookmark the permalink.