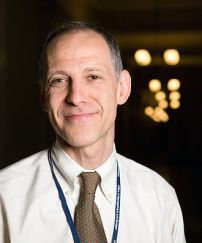 The reason for my foul mouth? Ezekiel Emanuel, M.D., Ph.D. would sentence me to a LIVING HELL and “terminate” millions of others, more women than men, of course.

In his Atlantic article, he admits his family thinks he’s crazy;  I think they’re simply “precise”!

Is this just another Obamacare surprise? … No; it was just another lie when they fearfully, vehemently denied this, a few years back!

I suspect the “good doctor” secretly hates his sister, or maybe his parents? … but it’s his sister, Gabrielle, who has Cerebral Palsy; it’s her life that’s possibly brought such grief to his family …

I’m 73, and when my meds end, I have a terrifying future.   I have ALS and the drug Riluzole is keeping the progression of my disease moving very slowly, at least it is, … for now. He thinks that continuing medicine for me, would cost too much …

I’m fully aware that what’s ahead for me, … it’s possibly a Living Hell.

Dr. Emanuel’s an American bioethicist[1] and fellow at the Center for American Progress; he recently said that “75 is a good age to die”.   I reply to that: “F**k you, Dr. Emanuel: Why wait?   You first!”

I searched the web to find out what age University of Pennsylvania’s professor is now.  From what I found, depending on his birthday, most likely, he’s 57.

“At $2 trillion per year, the U.S. health-care system suffers much more from inefficiency than lack of funds. The system wastes money on administration, unnecessary tests and marginal medicines that cost a lot for little health benefit. It also provides strong financial incentives to preserve such inefficiency.”

Dr. Emanuel is the brother of now Chicago mayor, Rahm Emanuel; knowing that, it’s impossible to believe the previous denials, issued by the Administration, were not intentional lies, just like: “If you like your plan …!” debacle.

I present to you, for your consideration – – – Dr. Emanuel – an unethical Bioethicist. Maybe he laid awake at night, too long as a boy and it was struggling with the ethics of the Nazi doctors’ experimentations, and that’s what drove him NUTS!

NOTE: Dr. Emanuel reveals a lot of his misgivings in his article, but even more-so he reveals his all-too-apparent shortcomings. He admits that by 75 yrs. of age he will have loved and been loved – – – in other words, it’s not happened – not so far!   That doesn’t surprise me at all; he has a lot in common with our Commander-in-Chief.

Obviously, the “good doctor” has entirely missed the purpose of life itself!

Watching closely, working to understand all I may, in this "Age of Information", even from my limited view, I can see much of what's going on ..... and I oft see it's going to impact all of us which is why I share it. My focus is to expose evil, and to serve my Lord and savior Jesus in whatever way He shows me. If one waits long enough, better writers will come along and comment; it's just that I have so little patience with the evil that lurks among us and I've wasted so much time and now, there is so little left! WELCOME!
View all posts by josiahe →
This entry was posted in a href="http://www.startranking.com">search engine submission, doctors, philosophy, Politics and tagged 75, AFA, Affordable Care, ALS, bioethicist, Center for American Progress, Cerebral Palsy, Death, doctor, drugs, Emanuel, Ezekiel Emanuel, Gabrielle, M.D., Obama, Obamacare, Pennsylvania, Ph.D., Rahm, Rahm Emanuel, Wharton. Bookmark the permalink.