Amid diplomatic tensions between US President Barack Obama’s administration and Prime Minister Binyamin Netanyahu, the US halted a shipment of air-to-ground missiles to Israel last month during Israel’s offensive in the Gaza Strip, accordi 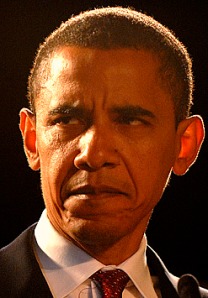 ng to a report in the Wall Street Journal.

In July, Israel requested “through military-to-military channels a large number of Hellfire missiles”, a first batch of which was about to be released to Israel, the Wall Street Journal reported, citing Israeli and American officials.

But the Pentagon immediately put the shipment on hold, and top officials at the White House instructed US defense agencies to consult with the White House and the State Department before approving any additional Israeli requests, according to the report.

A senior Obama administration official was quoted in the report as saying the decision to scrutinize future transfers at the highest levels amounted to “the United States saying ‘The buck stops here. Wait a second…It’s not OK anymore.”

The report depicted a context of poor relations between Obama and Netanyahu and claimed that the decision to halt the weapons transfer was made at a point when the White House and State Department became “increasingly disturbed by what they saw as heavy-handed battlefield tactics that they believed risked a humanitarian catastrophe,” in Gaza.

rack Obama has enabled Islamists worldwide both overtly and covertly, his insinuation of Islamist operatives into our government, the chaotic situation on our southern border and our immigration policy in general, American progressives may get to test that “big tent” allegiance to their Islamist friends sooner than they think.

Watching closely, working to understand all I may, in this "Age of Information", even from my limited view, I can see much of what's going on ..... and I oft see it's going to impact all of us which is why I share it. My focus is to expose evil, and to serve my Lord and savior Jesus in whatever way He shows me. If one waits long enough, better writers will come along and comment; it's just that I have so little patience with the evil that lurks among us and I've wasted so much time and now, there is so little left! WELCOME!
View all posts by josiahe →
This entry was posted in a href="http://www.startranking.com">search engine submission, Obama. Bookmark the permalink.