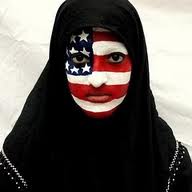 “Variety” reported Friday,  “Just days after the Council on American-Islamic Relations (CAIR-LA) expressed concerns over potential stereotyping in the pilot for ABC Family’s ‘Alice in Arabia’ and requested a meeting with execs, the network has decided not to pursue the show that had been announced Monday.”

The show was apparently about an American girl who is kidnapped by Saudi relatives and has to learn to live in Saudi Arabia. Alice in Arabia was described as “a high-stakes drama series about a rebellious American teenage girl who, after tragedy befalls her parents, is unknowingly kidnapped by her extended family, who are Saudi Arabian. Alice finds herself a stranger in a new world but is intrigued by its offerings and people, whom she finds surprisingly diverse in their views on the world and her situation. Now a virtual prisoner in her grandfather’s royal compound, Alice must count on her independent spirit and wit to find a way to return home while surviving life behind the veil.”

BuzzFeed reported that the script “describes veiled Muslim women as ‘completely formless, anonymous.’ One sympathetic female character, in describing her lavish Riyadh home, lauds it as ‘worth having to wear a silly veil while outside.’”

What is wrong or offensive or untrue about that?

BuzzFeed also noted that “the show has some departures from the standard template. The heroine is half Saudi, and sees herself as a ‘good Muslim girl’ — not the blonde Christian victim more typical of the genre. But it broadly plays on a familiar narrative of a beautiful girl kidnapped from the United States by sinister Arabs, held against her will in the desert, and threatened with early marriage.”

Clearly they are in apologist mode. Nonetheless, CAIR wrote to ABC Family that it was “concerned about the negative impact this program could have on the lives of ordinary Arab-American and American Muslims” and claimed that Alice in Arabia “may engage in stereotyping that can lead to things like bullying of Muslim students.”

CAIR wrote to ABC Family that it was “concerned about the negative impact this program could have on the lives of ordinary Arab-American and American Muslims.”

What gives folks a negative impact are the daily acts of jihad across the world and the daily news reports of American Muslims caught plotting to wage jihad here or abroad. There is nothing in the media or the culture, or on ABC or NBC that would give Americans a “negative impact.” ABC is not responsible for the violence against the Copts in Egypt, the Christians in Nigeria, the Buddhists in Thailand, the Jews in Israel, the marathoners in Boston, etc. Reality provides the negative.

Yet given the cultural climate of our times, Alice in Arabia is virtually certain to have presented an overall positive view of Islam and the situation of Muslim women. But even that wasn’t good enough for the Council on American-Islamic Relations (CAIR). Homelandtried to put a sweet smile on the grim reality of Islamic jihad with the character of Abu Nazir. Yes, he was the bad guy, but it was the evil Americans who drove him to it when they senselessly murdered his child in cold blood, driving Nazir to jihad.

But CAIR still hates Homeland, despite the ridiculous Islam-is-a-religion-of-peace material in it. CAIR knows that there are daily stories of jihad, which they work very hard to scrub, obfuscate, and keep out of the public eye. They want no cultural association of Islam with violence – and they have their job cut out for them, because Muslims keep committing acts of violence in the name of Islam. It’s a Sisyphean task – removing all references to Islam and jihad from Islamic and jihad events.

That is why CAIR demanded that the Associated Press stop using the word “Islamism,” even though that word was invented in order to distance Islam from the numerous acts of violence committed in its name. CAIR wants people to think that only bigoted “Islamophobes” believe that there is any connection between Islam and violence.

This is cultural jihad. CAIR successfully bullied ABC into scrapping a benign TV pilot because it might not portray jihadists as all sweetness and light. Leftist apologists for Islamic jihad were shrieking about this show as well. And immediately, ABC caved and canceled. It never made it on the air. How can anyone judge a show that hasn’t even been seen?

Who speaks for those girls? The last time Hollywood addressed this horror was 25 years ago, with the feature film Not Without My Daughter, starring Sally Field. I guarantee you that in Alice of Arabia, ABC wasn’t planning on presenting anything even close to that. You can bet that it would have been a whitewashed and silly presentation of the situation of women in Saudi Arabia, but CAIR didn&rsq uo;t want even that.

CAIR fights against shows like Alice of Arabia because they don’t want any discussion at all of the plight of women under Islamic law. They do not want any light at all shed on this problem, no matter how benign the presentation. TV shows can focus on the situation of women in any country except Muslim countries. Period. No “Arabia,” no kidnapping — no matter how prevalent it is in real life, as well as sanctioned by the Sharia.

Supremacist thugs tell us what we can or cannot discuss, no matter what the human cost. Why aren’t the left-wing cultural elites as concerned with the oppressed, subjugated, and slaughtered under Sharia as they are with the possibility of hurting the feelings of jihadis?

Why doesn’t CAIR condemn the numerous kidnapping of girls from Western countries who are taken to live in abject misery under the Sharia in Muslim countries? When will non-Muslim organizations stand up and say to groups like CAIR, No, we are going to depict truth and reality, no matter what you say?

This Islamic victory over truth and art goes far beyond Alice in Arabia. The TV and film industry are on notice. Invest in a film or a pilot concerning this subject matter, and you will be cut off at the knees (or the head).

Pamela Geller is the President of the American Freedom Defense Initiative (AFDI), publisher of PamelaGeller.com and author of The Post-American Presidency: The Obama Administration’s War on America and Stop the Islamization of America: A Practical Guide to the Resistance. Follow her on Twitter here.

Watching closely, working to understand all I may, in this "Age of Information", even from my limited view, I can see much of what's going on ..... and I oft see it's going to impact all of us which is why I share it. My focus is to expose evil, and to serve my Lord and savior Jesus in whatever way He shows me. If one waits long enough, better writers will come along and comment; it's just that I have so little patience with the evil that lurks among us and I've wasted so much time and now, there is so little left! WELCOME!
View all posts by josiahe →
This entry was posted in Censorship, Uncategorized and tagged Arabia, CAIR, Censorship, Islam, Saudi. Bookmark the permalink.