WE KNEW; DID YOU?

WE KNEW; DID YOU? 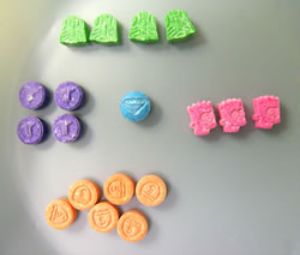 Drug Legalization – Psychedelics: the Next Frontier

In the ongoing discussion about marijuana legalization, there is an obvious but rarely-mentioned subtext – a hidden agenda, and it’s dangerously vital to the continued health of your children, something you obviously need to know of.

The Subtext:  While the use of “medical” marijuana or the legalization of marijuana may be the topic of current conversations, the subtext is whether the use of other substances, or of all substances, now categorized as illegal drugs, should continue to be illegal.

Everyone cannot be expected to stay informed on each and every issue, but there are people who’ve kept abreast of this issue and have been actively attempting to protect your children from the evil intent of some people.   Unfortunately, the opposition has the power of the media behind them and they’re also well-funded.

The organization which I belong to, is filled with people who’ve suffered the loss of their children and loved ones.   Many have dedicated their lives to seeing to it that you don’t have to end up where they have been.

Their hidden agenda is also about the conflict over the role of the criminal justice system in drug prevention and treatment – a viable concept to leverage people away from destructive drug use.  Using a term loaded with emotional and political meaning from a by-gone era, the hidden agenda is about doing away with “prohibition.”

But recently, the pro-drug lobby has begun to be ‘somewhat honest,’ when it expanded its ambitious agenda from simply legalizing marijuana to legalizing psychedelic drugs.  (I suspect that’s because the the higher THC potency has forced this – they see the need to act quickly, before the harm from the toxicity of higher THC marijuana is unescapably obvious.)

The template for this legalization campaign has been taken from its successful promotion of state marijuana initiatives over the past two decades, starting with legal medical use and, once that was successful, pivoting quickly to full legalization.  Marijuana is the world’s most abused drug.  This game plan is very familiar to those involved.

The first stage of this agenda has already been revealed.  As with marijuana, psychedelic drugs are being promoted for their medicinal value, and the pro-drug lobby is advocating for their legalization.

“Psychedelic medicine” was the focus of an April 2013 conference entitled, “Psychedelic Science 2013”, sponsored by the Multidisciplinary Association for Psychedelic Studies (MAPS) 1)   (MAPS is a radical group focused on their desires to “enjoy” getting high.)

An axiom taught in anthropology: any prevalent activity which threatens the survival and health of significant numbers of that society must be made and kept illegal.

But, by May 2013, 18 states and the District of Columbia permitted “medical” marijuana.

Parsing words:  Despite the fact that physicians were not authorized to prescribe marijuana, as it had never been subject to the rigorous research required by the U.S. Food and Drug Administration (FDA) before a new medication can be prescribed, they could “recommend” its use to patients.

Such recommendation did not include the common specifics of medical prescribing: a specific FDA-approved standardized compound, and the associated dose, quantity, directions for administration, and length of time to be used.

These physician recommendations seem to conflict with the Hippocratic Oath of ‘first do no harm”; they were essentially for the purchase and use, usually smoking, of plant material of unknown content, purity, amount and for an unspecified but generally long duration and more often than not, … these recommendations were made to people already using pot and are because of how pot changes the user’s thought processes; it’s even suspect in the user’s alleged (?) maladies as well!

The use of marijuana was legalized in many states for essentially any condition.  This pattern of medical use bears no relationship to the use of modern medicines in the United States or anywhere in the world.  In some states, the new laws permitted the rapid development of a robust medical marijuana industry, disregarding the societal costs to those communities.

In November 2012, two of these states, Colorado and Washington, passed ballot initiatives to completely legalize the use, sale and production of marijuana for adults age 21 and older.  Across more states, new legislation and ballot initiatives were developed to legalize marijuana for medical use and also for personal use and commercial production.

Again, these efforts were massive and well-financed.  They attracted support from mainstream media and from across the entire political spectrum.  Thanks to those who have driven the legalization of marijuana, psychedelic drugs are tracing the same path towards legalization as did marijuana – drugs by ballot measure, circumventing society’s protective  measures.

The normalization and spread of “medical” marijuana initiatives has contributed to changing public opinion regarding federal control of drugs of abuse, with half of Americans supporting the full legalization of marijuana.

Factoids:  Lies told over and over without much opposition, are often accepted as fact.

It is likely that following the advocacy of legal marijuana and legal psychedelics, a movement to legalize other federally controlled drugs such as amphetamines and cocaine will not be far behind.

The federal control over drugs under the well-established and rigorous regulatory approval process of the U.S. Food and Drug Administration establishes the efficacy, safety and purity of medicines – only products that pass structured scientific testing are approved for prescription to the public.  (It must be noted here that the FDA is considered by many now, … to be in the hip-pocket of the pharmaceutical companies and therefore it’s credibility is seriously declining.)

Now, by ballot initiatives, this secure federal protection of the public’s health and safety is being undermined and dismantled.  It is believed that illegal drugs need to stay both regulated and illegal.  In support of that objective, the criminal justice system can be used more effectively to reduce incarceration and recidivism, to promote abstinence from drug use and to be an effective engine of recovery.

The consequences in terms of public consumption of these substances will be profound.  Drug use will be open and common, in schools, the workplace making them ineffective and contributing to the downfall of nations as history has proven  time and again.  The impact on mental health, on productivity, on safety, on the general welfare of our nation, will be staggering, if not immediately terminal.

Watching closely, working to understand all I may, in this "Age of Information", even from my limited view, I can see much of what's going on ..... and I oft see it's going to impact all of us which is why I share it. My focus is to expose evil, and to serve my Lord and savior Jesus in whatever way He shows me. If one waits long enough, better writers will come along and comment; it's just that I have so little patience with the evil that lurks among us and I've wasted so much time and now, there is so little left! WELCOME!
View all posts by josiahe →
This entry was posted in a href="http://www.startranking.com">search engine submission, Drug legalization, drug use, Drugs, Politics and tagged abuse, ballot, Behavior and Health, Colorado, Drug, drug use, DuPont, FDA, legalization, mainstream, MAPS, marijuana, Media, medicinal, mental, NIDA, parsing, pharmaceutical, pot, prescription, psychedelics, THC, Washington. Bookmark the permalink.