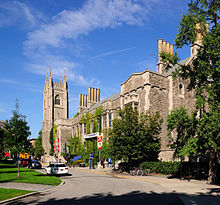 TORONTO –  York Regional Police threatened to remove a rabbi as one of the force’s chaplains if he hosted a controversial anti-Islamist speaker at his Thornhill synagogue – that’s extortion in any other universe!

Insp. Ricky Veerappan, of the force’s diversity, equity and inclusion bureau, confirmed he and officers from the service’s hate crimes unit met with Rabbi Mendel Kaplan of the Chabad Flamingo Synagogue on Tuesday.

They expressed concern about an upcoming talk to be given by Pamela Geller, a vocal critic of radical Islam.   If you’re not familiar with her, she’s protested past plans to build a mosque near Ground Zero in New York City, and has posted anti-Jihad messages in that city’s subway system.

Subsequent to his meeting with police, Kaplan cancelled Geller’s May 13 talk, which was sponsored by the Jewish Defence League (JDL) — a hard-line advocacy group that had rented space in Kaplan’s synagogue for the event.

It’s nothing new, but Weinstein said “I think the police are turning a blind eye to who they should be keeping an eye on,”  the JDL’s Meir Weinstein, referring to radical Islamists. Weinstein said another location will be chosen for Geller’s appearance.

Veerappan said he told Kaplan that Geller’s speech “would not be endorsed by York Regional Police” and that the rabbi’s role as a force chaplain would be thrown into question if he were to permit the event.

“If he did (host Geller), then we’d have to reassess our relationship with (Kaplan),” Veerappan said. “We serve the needs of the entire community. Some of the stuff that Ms. Geller speaks about runs contrary to the values of York Regional Police and the work we do in engaging our communities.”

Veerappan said a member of York Region’s Muslim community, whom he wouldn’t identify, brought Geller’s scheduled talk to the attention of police.   York Regional Police enlist eight chaplains of different faiths to counsel police officers and their families. Among them is a Muslim chaplain, Imam Abdul Hai Patel.   It’s not unusual; a Geller speech scheduled for early April at the Great Neck Synagogue in Long Island, N.Y., was also cancelled.

In March, the University of Toronto hosted controversial Muslim lecturer Tariq Ramadan, who has also spoken in Toronto at the annual Islamic faith conference, Reviving the Islamic Spirit.  In October, Pakistani politician Imran Khan, a controversial critic of the U.S. war on terror, spoke in Brampton. Leila Khaled, a Palestinian revolutionary from the 1970s, is set speak at University of British Columbia on May 4.

Islamic radicals speaking on campus are OK, but a truth teller like Geller is not to be heard.

Freedom here, not just in America, but on the North American continent, … is doomed.

Watching closely, working to understand all I may, in this "Age of Information", even from my limited view, I can see much of what's going on ..... and I oft see it's going to impact all of us which is why I share it. My focus is to expose evil, and to serve my Lord and savior Jesus in whatever way He shows me. If one waits long enough, better writers will come along and comment; it's just that I have so little patience with the evil that lurks among us and I've wasted so much time and now, there is so little left! WELCOME!
View all posts by josiahe →
This entry was posted in Uncategorized and tagged Canada, Censorship, Chabad, extortion, Fascism, Freedom, Geller, Ground Zero, hate speech, Islam, JDL, Jewish, Jihad, Mosque, Muslim, New York, NY, Police, Politics, Rabbi, Toronto, University. Bookmark the permalink.