They won’t put it like this, of course, ….. but in the April 4th edition, of the L.A. Times, it was reported by reporter Jenny Deam, that unsealed documents were released by a new judge, in the Aurora, Colorado movie shooting,  revealing how the system failed the people of Aurora, Colorado, yet the government (as usual) is using the shooting as an excuse to take our guns.

It now seems obvious, that part of the failure, (12 dead and 70 injured) was that James E. Holmes (the shooter), was not that he had reported these thoughts, yet rather, it was that he was taking a myriad of  “mood-altering” or psychiatric, pharmaceutical drugs (along with alcohol).

University of Colorado-Denver psychiatrist Dr. Lynne Fenton told a campus police officer about her concerns on June 12, the day after she met with Holmes (their only session).

Her fears were revealed Thursday when the new judge presiding over the case unsealed a host of search warrants and arrest documents. 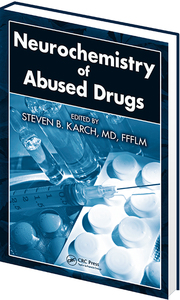 Fenton also told Lynn Whitten, a campus police officer, that after she stopped seeing Holmes (was that her choice?) he “threatened and harassed her via email/text messages,” the documents said.

Whitten deactivated Holmes’ ID so he could not get into university classrooms and laboratories, the documents say.  That appeared to contradict what university officials have said: that Holmes was not banned from the university because of a threat but because his ID was deactivated as part of the normal student withdrawal process.   (A CYA statement?)

Again, we must alert the people as to how the government fails, regarding the issuing of pharmaceuticals (Sertaline – a generic Zoloft, and Clonazepam), … and even sometimes their typically forcing people onto “disability status drugs”, and at the same time allowing purchase of guns … yet they seem to consistently use their failures as an excuse to take all our guns!

Watching closely, working to understand all I may, in this "Age of Information", even from my limited view, I can see much of what's going on ..... and I oft see it's going to impact all of us which is why I share it. My focus is to expose evil, and to serve my Lord and savior Jesus in whatever way He shows me. If one waits long enough, better writers will come along and comment; it's just that I have so little patience with the evil that lurks among us and I've wasted so much time and now, there is so little left! WELCOME!
View all posts by josiahe →
This entry was posted in a href="http://www.startranking.com">search engine submission, Gun Control and tagged Aurora Co., Batman, drugs, gun control, Holmes, L.A. Times, mental issues, movie, pharmaceutical, psychiatric, psychiatrist, shooting, Spiderman, University. Bookmark the permalink.