Been through divorce?   Lost a loved one?   Had a bout with depression?   Talked with a doctor about it?

Now that ObamaCare has forced all your medical records … opened and available to the federal government, those “records” could be used against you!

You didn’t see that coming?   According to the American Psychiatric Association’s new diagnostic manual DSM-5, those in mourning for over two weeks will be considered to be undergoing a “mental condition”.

You think it’s odd that ….. it’s an anomaly, that the government has been so accommodating to put people on mood-altering medication, anti-depressants, or even on Social Security Disability?   Think again!   It’s all part of the plan to take the guns away!   (shades of Orwell’s “1984”?)

Also, you see, … the radical “patriotic fringe” which believes that any government could morph into a totalitarian government, ……. Well, they must be paranoid … the nanny state just want’s what’s best for you ….

Then you’d better read this ……

THE grieving process is in danger of being branded a medical condition if a mourner feels sad for more than two weeks and consults a GP, according to an international authority on death and dying.

Know, of course that this government, Australia, already took the guns of this society …..  a ‘mitigating factor’?     Go ahead … trust these corrupt, greedy U.S. politicians … they’re ONLY “protecting us ……….” 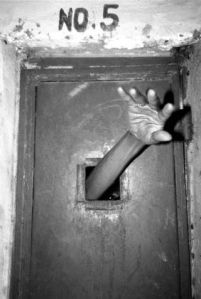 Watching closely, working to understand all I may, in this "Age of Information", even from my limited view, I can see much of what's going on ..... and I oft see it's going to impact all of us which is why I share it. My focus is to expose evil, and to serve my Lord and savior Jesus in whatever way He shows me. If one waits long enough, better writers will come along and comment; it's just that I have so little patience with the evil that lurks among us and I've wasted so much time and now, there is so little left! WELCOME!
View all posts by josiahe →
This entry was posted in a href="http://www.startranking.com">search engine submission, Obama, ObamaCare and tagged Affordable, assault, depressant, depression, gun control, Insane, mental, mood-altering, mourning, Obama, Obamacare. Bookmark the permalink.