Acting as the propaganda arm of the Justice Department, Media Matters consistently criticized any and all free press investigations and delving into the murder of  government border guard, Brian Terry.

It’s not inconsequential that they have violated IRS regulations by operating as a partisan political arm of the government!

Does this make Holder AND Schmaler culpable in the murder?   In my opinion, the head of Department of Justice, Attorney General Eric Holder is not only culpable of this murder but also of thousands of Mexicans, killed by the guns that were purposefully “walked” into Mexico, and …… if Schmaler knew what she was doing, … she is as well! 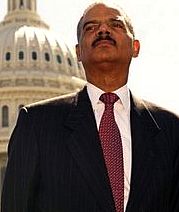 What we have here is A TOTALLY AMORAL DEPT. of JUSTICE!

The emails (required to be produced to the Daily Caller w/in 20 days) finally appeared after took 9 – obviously, what we called “stonewalling” …. is now expressed by a new phrase: “Slow-Walking”.

Watching closely, working to understand all I may, in this "Age of Information", even from my limited view, I can see much of what's going on ..... and I oft see it's going to impact all of us which is why I share it. My focus is to expose evil, and to serve my Lord and savior Jesus in whatever way He shows me. If one waits long enough, better writers will come along and comment; it's just that I have so little patience with the evil that lurks among us and I've wasted so much time and now, there is so little left! WELCOME!
View all posts by josiahe →
This entry was posted in muerto, murder, Politics and tagged 47%, Department, Fast and Furious, Holder, Justice, Media, Media Matters, Mexican, murder, non-profit, partisan, Politics, Propaganda, Romney, Schmaler, Terry. Bookmark the permalink.