THE MEDIA’S DISSERVICE TO AMERICA

Yesterday, Jared Loughner pleaded guilty to all 19 counts against him – he was sentenced to concurrent, not consecutive terms.   Why concurrent?

The media ignored the drug that triggered his schizophrenia, and instead, continues on its anti-2nd Amendment agenda.

On Youtube, one can watch as young people film each other using the same drug as Loughner did, a drug which is still legal; most of the viewers find it funny, but some have bad trips.

As someone who has worked against drug use for 25 years, I’ve watched hundreds of these videos.   Users often see or encounter “entities.”   In the spiritual community, people call them demons.   Salvia divinorum can trigger schizophrenia as Loughner experienced, but the news media would rather focus on their agenda.

Our nightly news shows instances of Syria, whose ruler slaughters (mostly) defenseless people because they cannot own arms.   Rulers do that; rulers have done that throughout the history of man!

Our rulers are different?

Oppressive governments want to take the ability to resist, from us; it’s that simple, yet our leaders tell us they would never do that …. but it’s these same “leaders” who have looted our Social Security, … and act as King George of the 1700’s.   These same “leaders” institute new taxes every chance they get; these same rulers who know their tenure is at an end without stealing another election (via numerous nefarious methods) and without taking our guns should they cross the line … again.

The news media (traitors one and . . . [most] all) continues to dishonor those who have laid down their lives for freedom as they ignore the dangers to our children . . . . 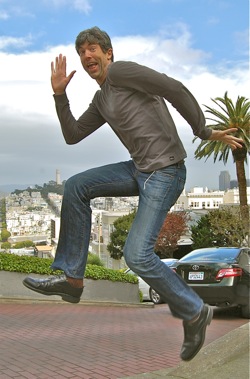 Inside our social media even, lurks evil men – Craigslist owner lays down the foundation for prostitution, drug dealing and human trafficking.   Read about him here.

And then there’s the other “King George”; but I’ve written about Soros who spends BILLION$ to legalize drugs enough ….. in other blog articles.

Watching closely, working to understand all I may, in this "Age of Information", even from my limited view, I can see much of what's going on ..... and I oft see it's going to impact all of us which is why I share it. My focus is to expose evil, and to serve my Lord and savior Jesus in whatever way He shows me. If one waits long enough, better writers will come along and comment; it's just that I have so little patience with the evil that lurks among us and I've wasted so much time and now, there is so little left! WELCOME!
View all posts by josiahe →
This entry was posted in a href="http://www.startranking.com">search engine submission, Politics and tagged 2nd, agenda, Amendment, control, CRAIGSLIST, demons, drugs, gun, human, leaders, looting, Loughner, Media, murder, rulers, Salvia, schizophrenia, second, socialsecurity, Soros, traficking, youtube. Bookmark the permalink.