Thanks again, Mr. President!   Once more a stellar job!!! 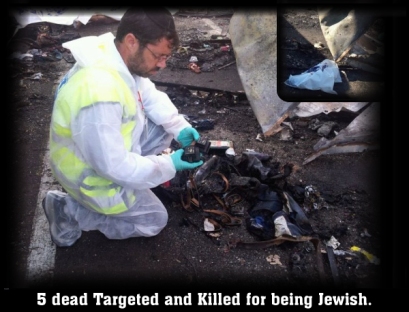 A prisoner released from Gitmo was the bomber in yesterday’s Bulgarian bombing! He was held for almost 2.5 years after being captured along with scores of other Al-Qaeda terrorists in the Tora Bora Mountains between Afghanistan and Pakistan.

He was captured there again, and released again; read the full story here:

The bomber had a fake Michigan driver’s license.   No doubt, it was procured from someone in Dearborn, but it was so obviously fake, it was rejected for renting a car.   The license, though issued in Michigan (to someone – facial recognition will find that person   if   the FBI wants . . .) but it was rejected because the address listed was in New Orleans, La.

Everyone in the world ought to know by now that it’s IRAN that backs, sponsors, arms, carries out (even if by proxy – (the terrorist organizers are cowards, after all) the terrorist attacks around the world.   Mr. Obama won the Nobel Peace prize and does nothing; his foreign policy is inept at best, traitorous and murderous at worst.

Over the last 18 months, more than 1,100 rocket, mortar and missile attacks against Israel have been carried out against Israeli citizens by Palestinian terrorists in Gaza, and yet, our Obama supporting lamestream news media, rarely mentions them.

Yesterday, Wed. July 18th, 2012 terrorists placed a bomb aboard a tourist bus in Burgas, Bulgaria a popular vacation spot. 5 Israelis were killed along with the tour guide and the suicide bomber.

Reports continue to trickle in; follow the latest as TIP monitors the aftermath of the attack. Earlier today, Maj.-Gen. Danny Yatom, former head of the Mossad, briefed journalists about the terror attack and the deteriorating situation in Syria.

Watching closely, working to understand all I may, in this "Age of Information", even from my limited view, I can see much of what's going on ..... and I oft see it's going to impact all of us which is why I share it. My focus is to expose evil, and to serve my Lord and savior Jesus in whatever way He shows me. If one waits long enough, better writers will come along and comment; it's just that I have so little patience with the evil that lurks among us and I've wasted so much time and now, there is so little left! WELCOME!
View all posts by josiahe →
This entry was posted in a href="http://www.startranking.com">search engine submission, Politics and tagged bomb, bombing, Bulgaria, Dearborn, Gitmo, Israel, Media, Michigan, prisoner, Terrorist. Bookmark the permalink.