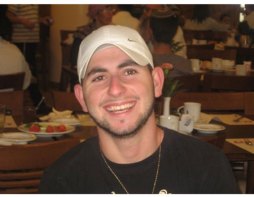 killed gunfight – Responding to report that Gazan terrorists had cut the fence.

Though the violence in Israel, I’ve not reported  on often lately – it continues.  My apoligies …. it’s not that we are not paying attention ….

Jerusalem, June 1 – A Palestinian gunman killed an Israeli soldier just before dawn on Friday at Kissufim on the Gaza border.

The soldier, Staff Sergeant Netanel Moshiashvili, was in a group dispatched to the border fence after it was reported that someone cut through the chain-link barrier and entered Israel.

The Israeli unit, Golani Brigade 12th Battalion, returned fire and managed to kill the infiltrator during the subsequent gun battle.

“Due to the fast response by the force a larger terrorist attack in the area was thwarted,” Col. Tal Hermoni, commander of the Gaza Division’s Southern Brigade told reporters. “We are in a state of constant fighting and our mission is to protect the residents, and we do that with resolve and determination.”

This was the latest in a series of incidents emanating from Gaza.

The Israel Defense Forces issued a statement following the incident:

“The IDF will not tolerate any attempt to harm Israeli civilians or IDF soldiers, and will operate against anyone who uses terror against the State of Israel. The Hamas terror organization is solely responsible for any terrorist activity emanating from the Gaza Strip.”

Sources in Gaza tied the dead gunman to the terrorist group Islamic Jihad. However, the faction denied responsibility.

Although groups like Islamic Jihad operate in Gaza, Hamas has maintained its iron-clad rule of Gaza since 2007

Watching closely, working to understand all I may, in this "Age of Information", even from my limited view, I can see much of what's going on ..... and I oft see it's going to impact all of us which is why I share it. My focus is to expose evil, and to serve my Lord and savior Jesus in whatever way He shows me. If one waits long enough, better writers will come along and comment; it's just that I have so little patience with the evil that lurks among us and I've wasted so much time and now, there is so little left! WELCOME!
View all posts by josiahe →
This entry was posted in a href="http://www.startranking.com">search engine submission, Israel and tagged Gaza, Israel, Middle East, Terrorist, violence. Bookmark the permalink.