CORPORATE “OUTSOURCING” . . . . with your money 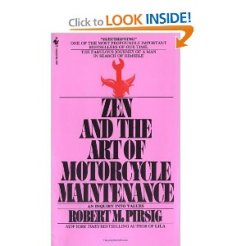 Corporations take your money, sell you a product, and then insulate themselves from their customers by putting foreign, other language speaking, employees in between you and your refund, or between your use of their product and your  understanding their instructions in the ineptly written manuals.

Despite President Obama’s recent call for companies to “insource” jobs sent overseas, it turns out that your money is being used by the federal government – spending millions of dollars to train foreign students for employment in some booming career fields–including working in offshore call centers that serve U.S. businesses.

The program is called JEEP, which stands for Job Enabling English Proficiency. It’s available to college students in the Philippines through       USAID. That’s the same agency that until a couple of years ago was spending millions of dollars in U.S. taxpayer money to train offshore IT workers in Sri Lanka–until I reported that inconvenient truth in this story. The ensuing uproar led to the Sri Lanka initiative’s termination.

If you’re a recluse because you’re retired and therefore (financially limited), this hurts even more!   The author, if I remember correctly, wrote instruction manuals for a living . . . .

If you’ve dealt with the problem of trying to understand the person who has the key to your money, yet speaks a different language, has a different mindset, asks mind-numbing, inane, questions, makes superfluous statements, and has such a heavy accent, from a forever-forgotten dialect, then rage against the machine as I do and put up your own blogs and give these corporate-manipulators fits – driving their customers to question just who they’ll be talking to, should a problem develop – and eventually what they’ll have to do to straighten out the problem.

Once the struggle with . . . how to get their customers back once customers become aware of just who these executive drones are, and which corporations put us through this, maybe we can impact this and bring jobs back to America!   At least they don’t have us attempting to talk with terrorists – in my frustration, I can imagine the potential angered exchanges followed by threats …..

Naw; another pipe dream …. still, rage at them …. write your own blog or add their names to the bottom of this one, . . . in the “comments section.” I start it out with my three recent villains!

Shades of the mid 70’s book “Zen and The Art of Motorcycle Maintenance!” No doubt whoever designed this system read this method of making the customer grovel, should read this book!  From Amazon comes this description:

“The extraordinary story of a man’s quest for truth. It will change the way you think and feel about your life.

“The cycle you’re working on is a cycle called ‘yourself.'”

From Wikipedia, another, more definitive evaluation:

Zen and the Art of Motorcycle Maintenance: An Inquiry into Values (ZAMM) is a 1974 philosophical novel, the first of Robert M. Pirsig’s texts in which he explores his Metaphysics of Quality.

The book sold 5 million copies worldwide.[1] It was originally rejected by 121 publishers, more than any other bestselling book, according to the Guinness Book of Records.[1]

. . . . , “it should in no way be associated with that great body of factual information relating to orthodox Zen Buddhist practice.  It’s not very factual on motorcycles, either.”

The book describes, in first person, a 17-day journey on his motorcycle from Minnesota to California by the author (though he is not identified in the book) and his son Chris, joined for the first nine days by close friends John and Sylvia Sutherland. The trip is punctuated by numerous philosophical discussions, referred to as Chautauquas by the author, on topics including epistemology, ethical emotivism and the philosophy of science.

I wonder if what attracted me to read the book was the temporary flash-in-the-pan use of the word “Chatauqua”?  After all, I’d attended SIU – Southern Illinois University – where party was the goal of the student population,(married housing was labeled “Chatauqua”). I began the year they picked Chemistry the subject, to begin changing the party image of the school.  I was a Chem major and struggled with their Nazi teachers, dropped out, when “WE” got pregnant, (another conspiracy) only to continue on to 10 other centers of “higher education and still attending a 12th all without one degree, and am still hung up on using the term Chatauqua.”

One can only hope that those who use this system of frustrating the customer, will suffer the same end as the author (Persig) did – electro-shock therapy!

Adobe – their tech support is also in India

Cricket – their phone service techs are also in the far east – India, and Indonesia – they also hide behind a multiplicity of Corporate names.

Watching closely, working to understand all I may, in this "Age of Information", even from my limited view, I can see much of what's going on ..... and I oft see it's going to impact all of us which is why I share it. My focus is to expose evil, and to serve my Lord and savior Jesus in whatever way He shows me. If one waits long enough, better writers will come along and comment; it's just that I have so little patience with the evil that lurks among us and I've wasted so much time and now, there is so little left! WELCOME!
View all posts by josiahe →
This entry was posted in a href="http://www.startranking.com">search engine submission, corporate and tagged Acer, Adobe, chatauqua, corporate, corruption, Cricket, dialect, drones, executives, India, Indonesia, language, Phillipines, Zen and the art of. Bookmark the permalink.