HOW STUPID IS OBAMA?

Obama’s either stupid or evil!   Explain to me that there’s another legitimate alternative explanation ….. you can’t!

Why do I say that?   No nation has ever printed the amount of money we are, and survived!   Yet he keeps on.

Knowing this, people need to look objectively and ask what his goal is?   Read your history; specifically, read about the Weimar Republic, Argentina,Mozambique!

Yet, he keeps on doing the same thing ….. and he has the sanction and approval of corrupt politicians who set up the collapse and support of evil organizations (union thugs, A.C.O.R.N. etc.)

Many of those who voted for him, were those who were so lacking inside, and inside, psychologically needed to feel good about themselves by voting for a black man; is that a legitimate and responsible, reason?   What is his motivation? 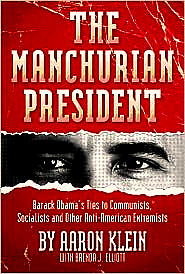 Don’t be a fool; open your mind; educate yourself; the media feeds you only pabulum and lies!   It’s long past time to reject them; they’re traitors.

Watching closely, working to understand all I may, in this "Age of Information", even from my limited view, I can see much of what's going on ..... and I oft see it's going to impact all of us which is why I share it. My focus is to expose evil, and to serve my Lord and savior Jesus in whatever way He shows me. If one waits long enough, better writers will come along and comment; it's just that I have so little patience with the evil that lurks among us and I've wasted so much time and now, there is so little left! WELCOME!
View all posts by josiahe →
This entry was posted in a href="http://www.startranking.com">search engine submission, Politics, Uncategorized and tagged Alinsky, Ayers, Communists, Frank Marshall Davis, Marxist, marxists, Media, Obama, traitors, Wright. Bookmark the permalink.