WHAT YOU MISSED AND WHY: 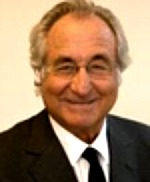 There's another Madoff out there: It's the feds and their hand is in your employer's pocket daily.

There’s another one out there …..   It’s those who have control of the legislation, … of the rules and regulations under which you live!  They’ve got their hand in your pocket and …. what you have, they will steal.   This “Madoff” is the federal government!

What you missed and what you’re missing:  The genius of the man the left won’t let you listen to ….. or rather, does everything they can to keep you from listening to …..

The Left though, …. those who control what you see and hear, they tell you the following:  (…. “there’s nothing to see here folks; just MOVE-ON.ORG”)

FYI: Forbes just did an analysis of America’s debt.   Texas has the 4th best debt situation of any state in the union!   The Texas’ economy just got an AA++ rating.   Businessmen in Texas created 737,000 new jobs in the last decade — almost ½ the jobs created in the entire rest of the nation!   Go get a Forbes magazine, and read only the little words; you’ll be blown away!

Governor Rick Perry states that government can’t create jobs (other than taxpayer paid jobs), …. they can, however create an environment in which businesses, entrepreneurs can create jobs ….. that’s what they’ve done.   The feds are threatened from what Texas doing (make sure you view today’s rebroadcast show.)

Find out the 4 alternatives that must come soon – steps which must precede the seemingly inevitable death of the United States.

Our founding fathers told us: “Without a virtuous and moral people, our system won’t work!”   We don’t.   Therefore, what we have, … will end!

If you decide you’ve been foolish in not listening to all sides, … and you understand that America really is in trouble, and are willing to open your mind, turn into Glenn Beck …. it’s almost too late!

Watching closely, working to understand all I may, in this "Age of Information", even from my limited view, I can see much of what's going on ..... and I oft see it's going to impact all of us which is why I share it. My focus is to expose evil, and to serve my Lord and savior Jesus in whatever way He shows me. If one waits long enough, better writers will come along and comment; it's just that I have so little patience with the evil that lurks among us and I've wasted so much time and now, there is so little left! WELCOME!
View all posts by josiahe →
This entry was posted in a href="http://www.startranking.com">search engine submission, Censorship, Economy, financial and tagged Beck, Caliphate, economy, Glenn, Governor, jobs, Left, leftists, Move On, Muslims, Rick Perry, Soros, Texas. Bookmark the permalink.