POT AND THE FOOD & DRUG ADMINISTRATION 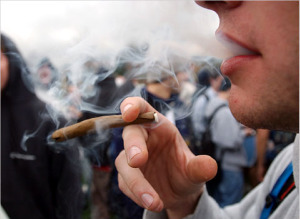 In the U.S., a significant amount of attention has lately been focused on the FDA and their cracking down on vitamins, chemical compounds, additives, etc. which make spurious health claims.  Originally they went against those who touted snake-oil “medicines” – pot’s now entered that group.

What they’ve missed is the constant claims by druggies about how pot is healthful.

That too, is illegal, yet they do nothing about it!

Obviously, drawing burning smoke with over 400 chemical compounds, many carcinogenic, and more particulate matter and tars that tobacco, then holding it in the lungs, forceably putting it into the blood stream, cannot be healthful, but that’s not the point here.

Drug users, with their cognitive functions significantly impaired and often impacted by psychosis and neurosis from the use of this drug, constantly make claims that it’s not only healthful, but it’s medicine.   Often, it’s just to justify their misbehavior, claiming it’s a cure.   Read their literature and you’ll find it cures every remedy known to man and society – it IS, their “SILVER BULLET”!

Or, ….. you can just enter their fantasy-land and toke up, that’s if you don’t care about your sanity ……

Watching closely, working to understand all I may, in this "Age of Information", even from my limited view, I can see much of what's going on ..... and I oft see it's going to impact all of us which is why I share it. My focus is to expose evil, and to serve my Lord and savior Jesus in whatever way He shows me. If one waits long enough, better writers will come along and comment; it's just that I have so little patience with the evil that lurks among us and I've wasted so much time and now, there is so little left! WELCOME!
View all posts by josiahe →
This entry was posted in a href="http://www.startranking.com">search engine submission, Drugs, Marijuana and tagged bi-polar, chemical, FDA, Food and Drug Administration, marijuana, Medicine, neurosis, paranoia, pot, psychosis, smoke, vitamins. Bookmark the permalink.