Now, … once we know the meaning, … one can hear it in the pronunciation of the German word; Kristallnacht ….   It translates to “the night of Broken Glass.”

Repeat the word, silently, to yourself, dividing the word as you say it — Kristall – nacht.   As you hear it, think of its meaning … night of Broken Glass.   Understand it as that, as you say it to yourself again, “Kristall — nacht.”   Putting the picture with it – is the essence of linguistics; let it set itself solidly into your mind.   If you didn’t know, it’s important you do.

On that one night, November of 1938, there were 1350 Jewish that Synagogues burnt to the ground, 91 Jews killed, 7,000 businesses were destroyed …. and thousands of Jewish homes ransacked and destroyed.

In the end, when General / and later to be president, Eisenhower liberated the last of the camps, …. over 6 million Jews were dead.    It’s nothing new; it’s happened like this over the eons.   There’s a reason, evil has always come against the Jew!

Obama’s followers, don’t know the history of that night; they’ve not been taught — nor do many of them know that it led to, the holocaust.   I’m sure the Brown Shirted Youth, … Hitler’s Youth Corp had no clue where it was going either.

Here’s a relevant side note.

One of the young men involved with the Nazis back then …. was a Jew, but pretended he wasn’t.   He helped confiscate the wealth from Jewish families headed for the concentration camps.

This man is now, close friends with, and helped bankroll Obama’s campaign.   Not something you knew?   Why not?   The media has hidden his dispicable acts for decades now …. intentionally.   They’ve partnered with evil!

And if you’re not aware, … Obama just recently made a trip to Brazil; he loaned them $2 Billion dollars – money we had to borrow, and pay interest on

That money for them to drill for oil …. from China.  Why did Obama OK this, while forbidding us to drill?

It’s what this “friend”, … and fund-provider, George Soros, is doing against America – the legalization of drugs, is just one small part of the picture.   You can bet that if one names a liberal project, Soros’ is in some way, promoting it because it’s tearing at the fabric of America.

Oh; Obama’s helping Brazil to drill?   Was it because Soros owns a significant part of this particular oil company – Petrobras?     And who is it that they sell oil to?   China?   Don’t let this Standard Operational Corruption surprise you though ….   It’s business as usual, …. Chicago style!

What did Obama have in mind for his “Civilian Military Corp” when he introduced the idea of the Civilian Youth Military Corp?   This gets really interesting …..

With the Army, Air Force, and Naval, Reserves, the National Guard, state police, county and local sheriffs, tell me, why does Obama feel a need to establish a Civilian Military Corp?

When he promoted it, Obama’s followers didn’t know the history of the “Brown Shirts,” of Hitler’s “youth Corp.”   Or if they did know, they were in locked-step with them.

Do we, … as patriotic Americans, have the right to ignore this?  Do any of us want to want to be guilty of not saying something if we correctly see where this is headed?   And knowing that history repeats itself, does give us foresight!

BUT HERE!   Capture this as a different picture, to store away in your head … perhaps, you already have it there.   It’s the one of two New Black Panther Party members, standing outside polling places in Philadelphia the last election …. Billy clubs in hand, slapping them into their open palms, … warning people, … about how to vote.   Was that acceptable to you?   It shouldn’t have been!

Next, couple that with the fact that it was Obama’s Attorney General, Heir Eric Holder, that refused to prosecute them …..   The buck stops with both – Obama and Holder!

Considering, the word-pictures above ….   Add the Civilian Military Youth Corp and the fact that this President has been, … and IS the most divisive in history, and that Obama and his head of Homeland Security has demonized conservatives, Christians, 2nd Amendment believers, and the militias!

Obama’s intent was not made clear.   His track record has shown us that … he does not have, … nor did he have, any intent on using this “youth corp”, this “civilian military,” to protect our borders …. that was never the intent!

Now, in this next picture, imagine a boy half white, half black, raised as a Muslim, in Indonesia.   And his grandparents, when they lived in Washington State, were known Communists (people who knew them, even joked that they attended “the little RED church”.   Who knows what turmoil was driving him, inside?  Often, those conflicted inside so …, regarding their racial identity, they go through their own private hell.   It can permanently warp them. 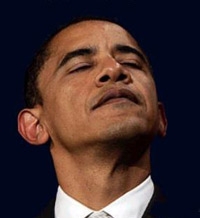 Many claim, Obama is narcissistic – which, it seems, is an overcompensation, a  narcosis – resulting from a feeling of hidden shame and inadequacy.

He’s 1/2 white, ½ black, he talks as if he’s white, looks neither ….  and doesn’t fit in, anywhere – that would explain his admitted drug use and other aberrant behaviors.

It’s easy to see where that may have already played out, right in front of us …. his contempt for our ally – England…. That’s been explained by some historians ….   It has to do with his Kenyan Grandfather’s extended torture by the Brits.   Being conflicted inside makes that, more than plausible.

Trump is suggesting that Obama’s schooling was paid for (during Bush’s regime) by the Saudis.

TYING IT TOGETHER HISTORICALLY:

Before that, in 1938, another boy, Hershel Gruynszpan, 17 became frantic while studying in Paris, he’d caught a glimpse of the future.

Terrified for his Jewish parents’ who’d been thrown into a Nazi concentration camp back home in Poland, he reacted, by picking up a gun and killing a Nazi politician.

Hitler’s Brown Shirts hit the streets that night; leaders had planned it for months, but this boy’s actions are what set it off …..

Here, the original 1878 Posse Comitatus Act was passed with the intent of removing the Army from domestic law enforcement.  Doing so was illegal unless the President ordered it.   That draws up another picture, but we’ll not go there for now.

Posse comitatus means “the power of the county.”   It reflects the inherent power of the old West’s county sheriff’s duly sworn, to uphold the law and had the power to call upon a posse of able-bodied men to supplement law enforcement and thereby maintain the peace.

That’s reasonable, but there’s another perspective of history to be aware of.   Following the Civil War, the Army had been used extensively throughout the South to maintain order, to enforce the policies of the Reconstruction era, and to ensure that any lingering sentiments of rebellion were crushed.

133 years ago the Posse Comitatus Act was passed, because of how the Army had taken over the policing duties from local sheriffs.   The Army had been used to maintain civil order and squelch uprisings — putting down rebellions about injustice in the south, after the civil war.

Sheriffs had been allowed to raise a posse of able bodied men, but the Army was following politicians goals – those who governed “recomstruction – the carpetbaggers.

The Posse Comitatus Act was to remove the Army from civilian law enforcement and to return it to its role of defending the borders of the United States – something Clinton, Bush’s, and Obama have forgotten!

Historians tell us that history repeats itself.   Some question why Hitler was not assassinated.   Glenn Beck warns us to not react … not now, … not to become a reflection of that boy in Paris, who set things into motion?

Watching closely, working to understand all I may, in this "Age of Information", even from my limited view, I can see much of what's going on ..... and I oft see it's going to impact all of us which is why I share it. My focus is to expose evil, and to serve my Lord and savior Jesus in whatever way He shows me. If one waits long enough, better writers will come along and comment; it's just that I have so little patience with the evil that lurks among us and I've wasted so much time and now, there is so little left! WELCOME!
View all posts by josiahe →
This entry was posted in a href="http://www.startranking.com">search engine submission, Politics, Uncategorized and tagged 2nd Amendment, Army, Brazil, China, Christians, Civilian Military, Communist, conservative, drugs, Grynszpan, Holder, holocausr, Indonisia, Jews, Kenya, krystallnacht, legalization, Muslim, Napolitano, National Guard, New Black Panther Party, Obama, Panthers, Petrobaus, Posse, Soros, Tea, Yourh Corp. Bookmark the permalink.