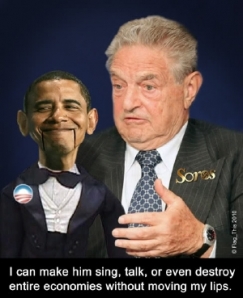 This is George Soros’ new piece of the puzzle – his goal for you, and the New World Order. Sign up if you believe; it’s your duty.   It’s your responsibility to protect!

Take a look and realize what he’s asking of you, …. of the United States, and of the United Nations.   It’s asking them to be the cops of the world, but it’s to bring to fruition the originally intended goal of the U.N., ….. but it’s grown so corrupt and so evil, there’s no way this can happen.

Watching closely, working to understand all I may, in this "Age of Information", even from my limited view, I can see much of what's going on ..... and I oft see it's going to impact all of us which is why I share it. My focus is to expose evil, and to serve my Lord and savior Jesus in whatever way He shows me. If one waits long enough, better writers will come along and comment; it's just that I have so little patience with the evil that lurks among us and I've wasted so much time and now, there is so little left! WELCOME!
View all posts by josiahe →
This entry was posted in a href="http://www.startranking.com">search engine submission, Politics and tagged Obama, Protect, R2P, Responsibility, Soros, U.N., U.S., United Nations, United States. Bookmark the permalink.