I swear; this is not about me!

It started out innocently enough. I began to think at parties now and then – just to loosen up and be a part of the crowd.

Inevitably, though, one thought led to another and soon I was more than just a social thinker.

I began to think alone — “to relax,” I told myself — but I knew it wasn’t true. Thinking became more and more important to me, and finally I was thinking all the time.

That was when things began to sour at home.  One evening I turned off the TV and asked my husband about the meaning of life.  He spent that night at his brother’s.

I began to think on the job.  I knew that thinking and employment don’t mix,  but I couldn’t help myself.

I began to avoid friends at lunchtime so I could read Thoreau, Muir, Confucius, Camus and Kafka.  I would return to the office dizzied and confused, asking, “What is it exactly that we are doing here?”

One day the  boss called me in.  He said, “Listen, I like you, and it hurts me to say this, but your thinking has become a real problem.  If you don’t stop thinking on the job, you’ll have to find another job.”

This gave me a lot to think about.  I came home early after my conversation with the boss. “Honey,” I confessed, “I’ve been thinking…”

He exploded in rage and frustration, but I was in no mood to deal with the emotional drama.

“I’m going to the library,” I snarled as I stomped out the door.

I headed for the library, in the mood for some John Locke.  I roared into the parking lot with NPR on the radio and ran up to the big glass doors.

They didn’t open.  The library was closed.

To this day, I  believe a Higher Power was looking out for me that night.

Leaning on the unfeeling glass and whimpering for Emerson, a poster caught my eye,  “Friend, is heavy thinking ruining your life?” it asked.

“Stop before it’s too late for you.”

You probably recognize that line.  It comes from the standard Thinkers Anonymous poster.

This is why I am what I am today: a recovering thinker.

I never miss a TA meeting.  At each meeting we watch a non-educational video; last week it was “Porky’s.” Then we share experiences about how we avoided thinking since the last meeting.

I still have my job, and things are a lot better at home.  Life just seemed easier, somehow, as soon as I stopped thinking.  I think the road to recovery is nearly complete for me.

Today I took the final steps … I joined union and then became a member of the Democratic  Party …..   Problem is, I started thinking again ….. for a moment, then I quit, …. at least I did, once I decided to run for SENATOR. 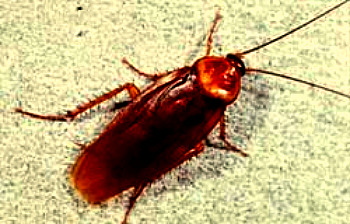 Watching closely, working to understand all I may, in this "Age of Information", even from my limited view, I can see much of what's going on ..... and I oft see it's going to impact all of us which is why I share it. My focus is to expose evil, and to serve my Lord and savior Jesus in whatever way He shows me. If one waits long enough, better writers will come along and comment; it's just that I have so little patience with the evil that lurks among us and I've wasted so much time and now, there is so little left! WELCOME!
View all posts by josiahe →
This entry was posted in a href="http://www.startranking.com">search engine submission, Humor and tagged Democrat, Politics, thinking, union. Bookmark the permalink.