At 6pm, Sat., out of New York’s Pace University, Chris Williams will speak at the Univ. of Oregon; the literature, promoting this next Socialist event, handed out at the Van Jones speech, if one follows where it comes from, exposes him as part of the ISO … The International Socialist Organization.

Note here, the similarity of the old (SDS) Students for a Democratic Society logo ……  The more radical/violent members, like Obama’s good friend, William Ayers and his wife Bernadine Dohrn, slid into the more radical group “WEATHERMAN”.

A quick examination of the literature and their website, by the older more experienced generation exposes it as Communist ….. but they can call themselves what they want …..   but they’re out to tell you how to live every aspect of your life, and ultimately, to take away your freedom!   This time the attack is on the consumer and the free-market system that has brought the U.S.’s lifestyle that draws people from every corner of the world.

This last Monday, it was Van Jones at the University of Oregon. Today, he is followed up with a speech by another Socialist, this time a professor ….  The public is not aware of the Socialism on America’s campuses today!

At the entrance to the University, can be found people handing out propaganda daily!

Espousing ideas of justice, this organization is obviously Communism in disguise and although they spin all their propaganda, their ilk has been responsible for billions of murders throughout the history of “the revolution”!   It’s too bad young people don’t know what really transpired ….. it’s too bad history has been rewritten ….. it’s too bad people don’t have the experiences of the generations before them to learn ….. or have attended the organizational meetings I did when I was an idealistic youth.

They cannot see how Radical Socialism and Communism inherently prohibits the freedom we so desperately need to have a chance to be happy; it pits people against one another and removes any chance of becoming successful and providing a good living for one’s loved ones. 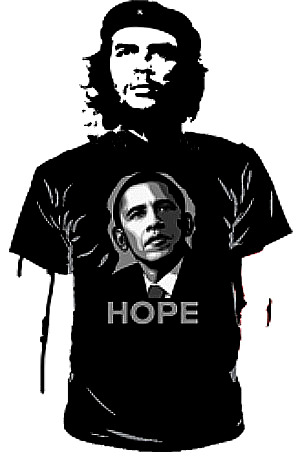 Gullible, idealism leads our youth to join and then, as they become radicalized, they move into the Bill Ayers, Bernadine Dohrn, mode of radicalism – bombers and anarchists of the WEATHERMAN underground ilk, …. and on into the romanticism of the Che Guevara – a murderer of thousands of innocent peasants.   If they could see the actual path they’re on, rejecting everything they were taught, they too would be reviled; and needless to say, so would their parents who pay to send them to these bastions of Socialist-“Higher-Education”!

Watching closely, working to understand all I may, in this "Age of Information", even from my limited view, I can see much of what's going on ..... and I oft see it's going to impact all of us which is why I share it. My focus is to expose evil, and to serve my Lord and savior Jesus in whatever way He shows me. If one waits long enough, better writers will come along and comment; it's just that I have so little patience with the evil that lurks among us and I've wasted so much time and now, there is so little left! WELCOME!
View all posts by josiahe →
This entry was posted in a href="http://www.startranking.com">search engine submission, Politics and tagged Che, COMMUNISM, Green, ISO, Revolution, SOCIALISM, Socialist, University of Oregon. Bookmark the permalink.