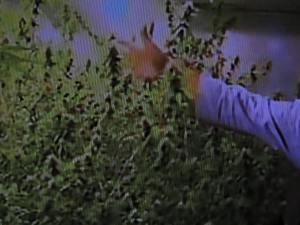 Colorado’s cannabis entrepreneurs brag that the governor recently dipped into the state coffers and took $9,000,000 to help combat the deficit in the state.

What they don’t tell you, (of course, ….. mainly because the increase hasn’t been fully identified as yet; the law allowing legal use is that new) is that there will be hundreds of millions of dollars in increased social costs to Colorado residents!

Nebraska has already reported that excess marijuana from Colorado is already impacting their state!  Scottsbluff Police Alex Moreno told the Lincoln Journal Star that the Colorado pot has shown up in his town and around Sidney.

Licensed patients in Colorado can have 2 ounces of usable marijuana and no more than three mature plants. But because the plants can produce up to a pound each, and there are more than 90,000 licensed growers, the surplus could reach 64 tons!

The problem? A single mature plant can produce up to a pound of usable marijuana under ideal conditions, according to Colorado’s I-News Network.

The pot is showing up in traffic stops, too.Lt. Lance Rogers of the Nebraska State Patrol says travelers often have cards that say they can legally possess the pot in Colorado. But, he says, Nebraska doesn’t have such a law, so the Coloradoans are cited.

Not only that, but the influx of criminals are only now beginning to move into Colorado.   For now, that growth is only in the infant stages …. unseen, on the periphery … but the criminal behaviors of drug users will severely impact the state.    Criminal activity does not dissipate when a user’s drug habit is made legal; criminals bring their behaviors along with them.  Most likely, the residents of Colorado won’t notice the increase the amount of crime for a few years.

Also, the traffic accidents will increase and if the state does not monitor and make public, whether those involved in collisions are “medicinal” users, no changes will be called for, yet ……

Most of the states which currently allow pot use do not reveal even to officers whether drivers involved in collisions are “medicinal” users, therefore, the insurance companies don’t know and the increase in rates will be spread across the existing pool of drivers, ….. users or not.

Those killed or maimed in vehicular collisions will be protected ……  The state doesn’t want to be seen as complicit so it doesn’t inform other drivers, or lawyers.

Watching closely, working to understand all I may, in this "Age of Information", even from my limited view, I can see much of what's going on ..... and I oft see it's going to impact all of us which is why I share it. My focus is to expose evil, and to serve my Lord and savior Jesus in whatever way He shows me. If one waits long enough, better writers will come along and comment; it's just that I have so little patience with the evil that lurks among us and I've wasted so much time and now, there is so little left! WELCOME!
View all posts by josiahe →
This entry was posted in Politics and tagged Cannabis, collisions, insurance, marijuana, medicinal, pot, THC. Bookmark the permalink.