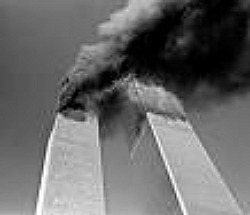 Using government estimates, 768 people entered the U.S. successfuly over a 3 year period (2007 – 2009).   These illegal aliens were from nations our government labels as TERRORIST OR TERRORIST SPONSORING NATIONS!

The above figure is based on the 481 people from these nations which were caught entering …. and computing the number of those caught to those who were not.

How many more made it this year?   Assuming the percentages have not increased and there is no attempt to smuggle even more terrorists than before, (and that’s unlikely) from these nations into the U.S., to disrupt and terrorize America, there would be another 192 so far, during 2010!   That totals 960; (numbers below).

This number is only part of the picture!   All the terrorists caught, so far, have been either 1) here legally (including those who’ve overstayed their legal visit) or 2) “homegrown” terrorists.   Don’t discount the number of those raised here who have come to hate our nation, for whatever reason!

My math will be at the bottom for you to see but the important question is, …….

WHY DO OUR POLITICIANS DO NOTHING ABOUT IT?

This, their refusal, is more than sufficient reason to send them all packing!  Obama and every Democrat!  Yes; and Republicans too. There are less than half a dozen Republicans should possibly receive consideration about retaining their positions.  Not only is D.C. corruption too great, …. out of control, but this is a violation of their oath of office – aka …… TREASON!

250,000 illegal aliens were caught entering the the U.S. Of these, 481 were foreign nationals.

It’s estimated that 400,000 illegal aliens were successful and were not caught entering the U.S.

Now to the unknowable ……

Then, tell me how you can justify these politicians, who won’t close our borders, staying in office rather than prison!   There is one possible excuse ……   These politicians, ….. the ones who sit on the oversight committees, the ones that should be aware of these figures, …..   They are now saying that they have been kept in the dark regarding all this!

WHO IS RESPONSIBLE?   LET’S FIRST CLEAN HOUSE …… then do the investigation!

Watching closely, working to understand all I may, in this "Age of Information", even from my limited view, I can see much of what's going on ..... and I oft see it's going to impact all of us which is why I share it. My focus is to expose evil, and to serve my Lord and savior Jesus in whatever way He shows me. If one waits long enough, better writers will come along and comment; it's just that I have so little patience with the evil that lurks among us and I've wasted so much time and now, there is so little left! WELCOME!
View all posts by josiahe →
This entry was posted in 911, a href="http://www.startranking.com">search engine submission, Illegal Alien, Illegal Aliens, Politics, Terrorism, terrorist, Terrorists, TREASON, Twin Towers and tagged Illegal Aliens, POLITICIANS, Politics, Terrorists, TREASON, twin towers. Bookmark the permalink.