Back when I was a Leftist, back in my youth, when I was back in college, we abhorred the idea of “involuntary servitude” …. That’s what we called it but we saw it (the draft) for what it was — Slavery!

There’s no other way to say it.   It was a requirement to sign up, join the military and kill people.

The majority of us, we said “no” ….   We believed in freedom!   We burned our draft cards; we were that serious!

My religious friends (Quakers) refused, and were sent to Leavenworth!   Maybe we didn’t understand why it was, they wanted us to kill Vietnameese, but we understood freedom!

Maybe the youth of today don’t believe in freedom.

Instead though, I suspect they just don’t get it!

They certainly don’t see what this could turn into.   They don’t know what it has turned into, ….. over and over!

Neither did the German Youth, back in the mid 30’s, before the Nazis really came into power.

Maybe it’s the history of some of the people that are closely associated with Obama that worries me …… maybe it’s more than that …… but let’s just look at one.

George Soros, the man who backed Obama, ….. and still does ….. he’s the one who now bankrolls legalizing drugs for America’s youth!

Plus, he’s still got his hand in the taxpayer’s pocket too – though there are many character flaws, look at  just one isolated example, see the oil deal with Brazil.

Before that, look a bit farther back.   When George was a youth, his parents hid him in plain sight.   He was a Jew and they wanted him hidden from the Nazis.

Instead, he ended up working for and with the Nazis!   His job was to confiscate the valuable possessions of other Jews …. those being sent to the gas chambers!  Does this sound like a man you’d trust?   Do his latest dealings, exploiting nations, attacking their currency, their capital and bankrupting them, ….. bringing nations crumbling down ….. is that the kind of man you claim you trust?

What’ll he have you doing?   Probably nothing as unethical as George did ….. right?

The latest version of the bill is currently available on GovTrack. 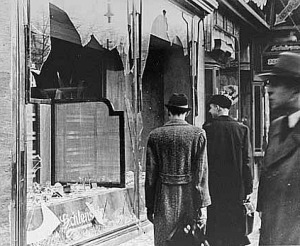 Is one of those men Soros?

So time is coming near …… go get your uniform!

The German youth Corp were part of Kristallnacht — you know, the night when they ran through the streets, breaking all the windows of Jewish businesses ….. setting fires to the synagogues, intimidated and terrorized the Jews of Germany …… that was in 1938, BEFORE the Nazis came totally into power.

Surely that’s the kind of thing you signed on for when you supported Obama, right?

And By-the-way, …. Nazi Germany was actually the NATIONAL SOCIALIST PARTY.

You’re a socialist, right right?    You think there’s a chance in hell a Lame Duck Congress won’t vote you into Slavery?

Watching closely, working to understand all I may, in this "Age of Information", even from my limited view, I can see much of what's going on ..... and I oft see it's going to impact all of us which is why I share it. My focus is to expose evil, and to serve my Lord and savior Jesus in whatever way He shows me. If one waits long enough, better writers will come along and comment; it's just that I have so little patience with the evil that lurks among us and I've wasted so much time and now, there is so little left! WELCOME!
View all posts by josiahe →
This entry was posted in a href="http://www.startranking.com">search engine submission, Jews, Kristallnacht, Nazi, Obama, Slavery, Socialist, Soros and tagged Kristallnacht, national socialist, Nazi, Obama, sieg heil, Socialist, Soros. Bookmark the permalink.