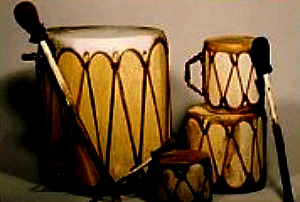 Some believe the war drums are beating because they’re in fear of U.N. sanctions.  (Not likely.)

Many believe it is a distraction …. (Iran leaders may attack by proxie [Hamas] out of fear that Israel may strike their nuclear installations any day.)

They know there’s a legitimate, legal blockade, yet the Iranian Red Crescent has announced it intends to send two aid ships to Hamas-controlled Gaza this week, one (said to be) carrying aid and one taking volunteers to the territory.[1]  The announcement came less than a week after Israel’s campaign to prevent an illegal flotilla from reaching Gaza. Nine activists – all Turks or of Turkish descent – were killed after self-described human rights activists aboard a Turkish ship in the convoy attacked Israeli military personnel.[2]

Why would they send more ships?

Meanwhile, the UN Security Council is expected to vote on a new round of sanctions against Iran this week in light of the Islamic Republic’s continued failure to comply with previous UN resolutions regarding its nuclear program.[3]

On Sunday (June 6), at the same time they announced a military exercise in the Persian Gulf, the Iranian Revolutionary Guards, Iran’s elite military corps, said they were ready to provide a naval escort to any additional aid ships wishing to reach Gaza if given orders to do so by the country’s supreme leader, Ayatollah Ali Khamenei.[4]

Hamas, which has been designated a terrorist organization by the European Union, the United States, Israel, Canada and Australia.[5]

Hamas continues to smuggle weapons into Gaza and uses building supplies delivered there, to construct fortified bunkers.[6]   Hezbullah, continues to smuggle thousands of missles into Lebanon (home of Helen Thomas’ parents).   Russia is said to have been importing weapons of war into Lebanon – – – weapons of war that had to be unloaded from the submarines by military personnel in HazMat suits!

“Israel simply cannot permit the free flow of weapons and war materials to Hamas from the sea….Israel cannot permit Iran to establish a Mediterranean port a few dozen kilometers from Tel Aviv and from Jerusalem…The international community cannot afford an Iranian port in the Mediterranean…right next to Israel, right next to Europe.”[7]

Because of Hamas’ ongoing efforts to smuggle Iranian rockets and other weaponry into the Gaza Strip, as well as the continuing conflict between the Israel and Hamas in Gaza, Israel has enforced a naval blockade on the coastal territory since Hamas overthrew the Fatah-led forces of the Palestinian Authority in a bloody coup there in 2007.[8]

Iran has provided Hamas with a large proportion of its rocket arsenal as well as other weapons.[9] Since Israel’s defensive operation in Gaza from December 2008-January 2009, Iran has supplied Hamas with advanced weaponry, including dozens of Iranian-produced 122mm Grad rockets which have significantly increased the range of Hamas’ rocket arsenal.[10]

In January 2002, the Israeli Navy interdicted the Karine A, a ship carrying Iranian weapons destined for Gaza. The boat was carrying 50 tons of advanced weaponry including Katyusha rockets, rifles, mortar shells, mines and a variety of anti-tank missiles, which had been loaded in Iranian waters.[11]

For years, Iran has defied the international community by continuing to enrich uranium, resulting in concerns that the country is secretly developing nuclear weapons. The head of the International Atomic Energy Agency (IAEA), Yukiya Amano, said Monday (June 7) that Iran was a “special case” for the nuclear watchdog.

Iran is already in violation of four previous UN Security Council resolutions relating to its nuclear program: UNSC Resolutions 1696, 1737, 1747 and 1803.[16]

[8] “The Gaza flotilla and the maritime blockade of Gaza – Legal background,” Israel Ministry of Foreign Affairs, May 31, 2010,

Watching closely, working to understand all I may, in this "Age of Information", even from my limited view, I can see much of what's going on ..... and I oft see it's going to impact all of us which is why I share it. My focus is to expose evil, and to serve my Lord and savior Jesus in whatever way He shows me. If one waits long enough, better writers will come along and comment; it's just that I have so little patience with the evil that lurks among us and I've wasted so much time and now, there is so little left! WELCOME!
View all posts by josiahe →
This entry was posted in a href="http://www.startranking.com">search engine submission, Ahmadinejad, Armageddon, Flotilla, Gaza, Iran, Israel, Netanyahu and tagged flotilla, Gaza, Netanyahu. Bookmark the permalink.