UPDATE: UNPRECEDENTED WEB OF CORRUPTION BEING EXPOSED AS LAYOFFS INCREASE – stay tuned.   AIG has gotten how much more, since the scandal?   This is totally out of control!

Though they tried to hide it, here’s the proof that President Obama blaming Bush for the financial crisis, is not only a LIE!   This also exposes the warnings given by Bush seeking correction for an impending crisis, turned back by . . . , and therefore the complicit corruption of elected officials!

As stated in earlier posts, I blame was Barney Frank, Charles Schumer, and Chris Dodd, and the people who forced the banks to make loans to people who could not afford to pay them back.   Just what was President Obama’s involvement with A.C.O.R.N.?   What’s President Clinton’s connection to all this?   What a tangled web!

(You Remember B(l)arney Frank, right?   The now acknowledged homosexual [not then, though] Congressman’s tolerance for Steven Gobie, a gay, felon, prostitute, who ‘serviced’ Blarney, and his running a prostitution business operating out of Frank’s house in 1989, uncovered by the Wash. Post)

President Bush and Alan Greenspan warned America and it’s legislature, but it was not only ignored, . . . . you decide where the blame lies after watching the video.

This video was taken off youtube once; this copy was accessed through Canada, I’m told – given to me so people would have access to the truth which those in power have tried to hide!

While watching the video, remember: it’s been said, A.C.O.R.N. was the political activist group that pressured the legislature to force the banks, Freddie Mack and Fannie Mae to make these loans to people who could not afford them.    Also they’re (Acorn) not a Political Action Committee, so it’s illegal for them to have done so, but you think they’ll be prosecuted?   Instead, how much money of the Stimulus do you think they’ll receive?

Then, remember who Franklin Raines went on to support Barack . . . . you don’t remember who Raines is?   He’s the former CEO of Freddie Mac – you know, the one who took the $90 million golden parachute President Obama was supposedly so angry about?

Oh; and just so you understand, Franklin Raines ( From Wikipedia: Raines the former chairman and chief executive officer of the Federal National Mortgage Association, commonly known as Fannie Mae, who served as White House budget director under President Bill Clinton. His role leading Fannie Mae has come in for scrutiny) was deeply involved in supporting the Obama Campaign.   I guess with his golden parachute, he doesn’t need an appointment from Barack????   Or maybe the in-the-pocket-media just hasn’t mentioned it. 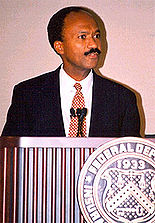 So; while it lasts, here is the video; http://www.youtube.com/watch?v=cMnSp4qEXNM&NR=1  no telling how long it will be there; it was taken down before, because of a law suit; forward this to friends; it’s time people understand that President Obama’s connections were at the bottom of this financial failure in the first place!

Then, watch the youtube of Bill O’Reilly when he went off at Barney Frank.   You’ll understand why!   http://www.youtube.com/watch?v=bijtBkKQwY8    When all the shouting is done, and the video ends, go back and listen to just the first part of BLarney’s statement . . . . Then, it’s easy to decide!

The vote on the Stimulus bill is close – too close to let these people who got us into this fix in the first place to have their way; it’s time for the people to demand resignations!   Time to get out the RAID!

Watching closely, working to understand all I may, in this "Age of Information", even from my limited view, I can see much of what's going on ..... and I oft see it's going to impact all of us which is why I share it. My focus is to expose evil, and to serve my Lord and savior Jesus in whatever way He shows me. If one waits long enough, better writers will come along and comment; it's just that I have so little patience with the evil that lurks among us and I've wasted so much time and now, there is so little left! WELCOME!
View all posts by josiahe →
This entry was posted in a href="http://www.startranking.com">search engine submission, Bailout, Corruption, Culture of corruption, Economy, Franklin Raines, Government, Lies, Obama, Politics, Presidential Scandal, Stimulus. Bookmark the permalink.